Can You Save Green By Going Solar 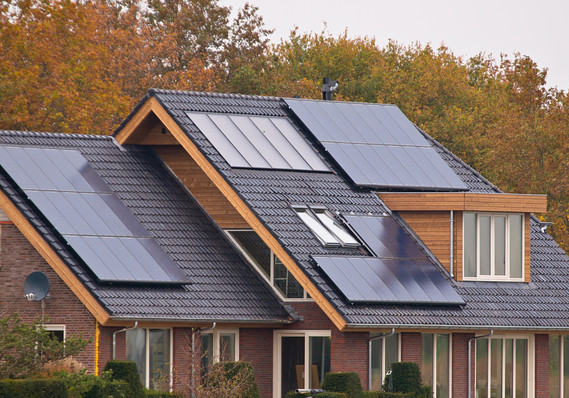 CanYou Save Green By Going Solar?

As spring begins to really set in across the country a lot of homeowners are finally getting out into the yard and garden, soaking up the sun’s rays. Something else is taking in the rays in a big way right now: your neighbor’s solar panels.  Although they function all year, just to be clear, the longer days mean more electricity production and lower utility bills. If you’ve been glancing up at those panels with envy in your heart, maybe it’s time to get your own mini electricity plant.

Depending on where you live, getting started with green energy can be a simple process with a range of providers to choose between. You should still learn as much as you can before choosing a system.

Getting the Most Out of Solar:

Not all areas of the country are a good fit for solar, no matter how much you may want them to be. In fact, not even every house in an area generally believed to be good for solar is good for solar, so it pays to do a little legwork here before getting too emotionally invested. And by little, go to Google’s Project Sunroof and type in your address.  It’ll do the rest.

Of course, having a house that’s awesome for solar is just the first step. There are several things you should do before making the leap to get the most out of the sun, including:

All those tiny leaks in the roof or cracks in the siding and the lack of insulation in the attic can impact how much you really benefit from solar in a big way.  Because your air conditioning or heat is going to be influenced by those points, it’s a good idea to start by weatherproofing your home and having your roof/siding/insulation checked, no matter the season.  Do it tight, do it right.

Normally, if windows are opening and closing safely, they’re basically good. But when you’re talking about squeezing every cent out of your pricey solar panels, a window (and other glass panels like patio doors) upgrade is a great idea. Look for a low U-factor, indicating a tightly constructed window. Solar heat gain coefficient (SHGC) is another story. If you’re trying to use passive solar heat with your active solar panels, choose a high rating. If you’re trying to stay cool, or at least prevent outside heat from coming in unauthorized, go with a lower number. Your local window experts should be able to advise you on what’s best for your location.

Energy Star appliances have long been the standard for efficiency. When you see an Energy Star tag, you know you’re looking at a washing machine, dryer, microwave, refrigerator or whatnot that’s among the most efficient in the market. If your new solar panels are trying to power your 50 year old refrigerator, you’re wasting an awful lot of power for nothing. Upgrade that fridge right away (they have some new ones with really cool features like on-door touchscreens and cameras that can show you what you forgot to get at the market)!!

This is another one of those “depending on where you live” suggestions, unfortunately. In some areas, you simply can’t grow a tree tall enough to shade problematic parts of your home, for example, but maybe you can grow a taller bush to shade your air conditioner condenser from the heat of the summer so it works more efficiently. Grow all the things, but nothing too big too close to the house.

A Note on Solar Panel Financing:

What you'll pay for solar panels varies by depending on where you live and the size of the solar panel system. Simply put, the more energy you want to generate, the more solar equipment you'll need to get. Typically, homes average cost of solar panels is approximately $3.70 per watt. This means the average-size 5-kilowatt solar system would run about $18,500.

Yep, that may seem expensive.  However, the cost could end up being much less when you add in the government incentives encouraging homeowners to invest in them!

How to Lower the Cost of Solar Panels:

One major way to reduce solar panel installation costs is a 30% federal investment tax credit, which was recently extended to 2019.  States also offer their own breaks; add them together, and the savings can be significant.  To figure out which incentives you can get in your area and the federal government, check out the Database of State Incentives for Renewables & Efficiency.

If you'd still rather pass on shelling out to own your system, you could lease solar panels.  That's where a third party fully covers the cost of installing and maintaining your solar panels; you merely lease the panels, and the company [then] charges you a locked-in electricity rate that’s lower than what you currently pay.  However, read over the fine print carefully and be aware that future home buyers could raise concerns over the length of the lease and terms associated with the lease.

However, if you opt to make the investment in your own panels, chances are good they'll boost your property value. According to a 2015 report from the U.S. Department of Energy, homes with solar panels usually sell for $15,000 more than counterpart homes with no panels.

Solar panels could be a worthwhile investment worth exploring, just make sure you do your homework before investing Green to save Green! 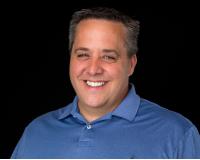 Being the CEO and Team Leader of Team Caropreso, Vince specializes in Listings, Marketing, REO/Foreclosures,Short Sales and working with Investors. With 19 years of experience and selling over 700 hom....

Does Price Matter To Get Your Home Sold

Does Price Matter To Get Your Home Sold???Recap of our Blogs Posts:A majority of the country's Real Estate Markets are experiencing a Seller's Market. The Market is measured by Supply

How Much Money Are Renters Wasting

How Much Money Are Renters Wasting???There are great advantages to owning a home, yet many people continue to rent. The financial benefits are just some of the reasons why homeownership

Low Housing Inventory Impact On Buyers And Sellers Explained:As mortgage rates remain at historic lows, the real estate market is expected to do very well this year. The most specific obstacle is

The Spring Housing Market Sprung!!!Which month do you think most people who are considering buying a home actually start their search? If you’re like most of us, you probably think the surge


Should you require assistance in navigating our website or searching for real estate, please contact our offices at 410-384-4800.

Information Deemed Reliable But Not Guaranteed

The data relating to real estate for sale on this website appears in part through the BRIGHT Internet Data Exchange program, a voluntary cooperative exchange of property listing data between licensed real estate brokerage firms in which participates, and is provided by BRIGHT through a licensing agreement.

The information provided by this website is for the personal, non-commercial use of consumers and may not be used for any purpose other than to identify prospective properties consumers may be interested in purchasing.

Some properties which appear for sale on this website may no longer be available because they are under contract, have Closed or are no longer being offered for sale.

Copyright © 2020, Metropolitan Regional Information Systems, Inc. All rights reserved. Information deemed reliable but is not guaranteed. The data relating to real estate for sale on this web site comes in part from the Internet Data Exchange Program of MRIS. Information provided is for consumer's personal, non-commercial use and may not be used for any purpose other than to identify prospective properties consumers may be interested in purchasing. Team Caropreso does not display the entire MLS database on this website. This site will be monitored for 'scraping' and any use of search facilities of data on the site other than by a consumer looking to purchase real estate, is prohibited. Listing broker has attempted to offer accurate data, but buyers are advised to confirm all items. Information last updated on April 3, 2020 2:05 PM.

The listing information on this web site is from various brokers who participate in IDX.

By registering, you agree to our terms of use and that real estate professionals and lenders may call/text you about your inquiry, which may involve use of automated means and prerecorded/artificial voices. You don't need to consent as a condition of buying any property, goods or services. Messages/data rates may apply.